In 1908 the American Fixture and Manufacturing Company was incorporated in Missouri. In 1939, since chrome was the most common type of metal used and seeking additional markets the name was changed to Chromcraft. In 1955 Chromcraft was incorporated as a separate company. Out growing it's Missouri location, in 1961 the company was relocated to Senatobia, Mississippi. Chromcraft is credited as the first company to make a tilt-swivel dining room chairs and recognized as the industry leader in design, style, function and comfort in the casual dining market.

In 1963 Mohasco purchased both Chromcraft, Peters-Revington and three other furniture manufacturers to become one of the largest Home Furnishings Companies in the world.

In 2008 Arts and Crafts Industries a California Company, purchased the intellectual property and certain assets of Douglas. 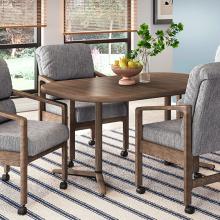 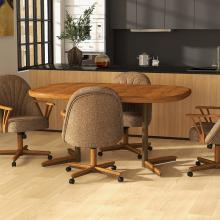 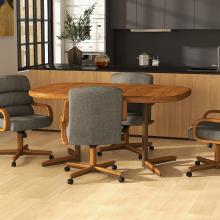